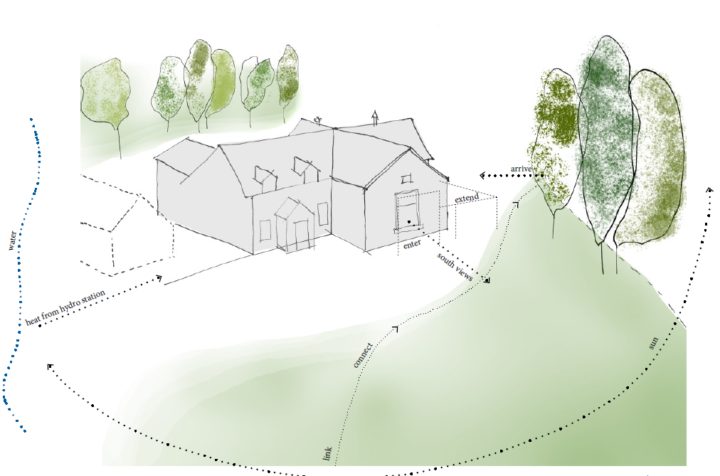 The environmental impact of the Hub is a major consideration in developing the project.

We have a unique opportunity to design the building to be as energy efficient as possible at this stage. Once operational it would be much harder and costly to implement features at a later stage.

The Alt Mhor Hydro scheme is located approximately 150m from the Hub.

Unfortunately due to both legal constraints and a technical issue we can not purchase electricity directly from the Hydro scheme.
However one solution is that the private Hydro scheme installs the heating system into the Hub on our behalf. This system would most likely be an electrical Air Source Heat Pump system which would provide all the heating and hot water requirements of the Hub. The hub would purchase the GREEN “heat” produced rather than direct electricity.

Electricity from the grid would therefore only be required to provide lighting and run appliances.

You can contact Rannoch Hub by sending an email to address below.